None of us achieve anything alone. We’d like to highlight the UH Libraries Campaign Committee and Dean’s Cabinet member Deborah Colton, who played an integral part in helping us obtain the Dorothy Hood Archives. We can’t thank Deborah enough, but we can tell you how she helped make this acquisition a reality.

Deborah has been serving on the UH Libraries Campaign Committee and Dean’s Cabinet since 2016 with a focus on the Performing and Visual Arts Research Collection. Since Deborah has been serving in this capacity, she has introduced many art leaders and artists to UH Libraries Special Collections. For example, she curated and organized the “Houston Foundations Exhibitions and Panels” at Deborah Colton Gallery which initiated the placement of the Patricia Covo Johnson and Lucas Johnson papers being pledged to UH Special Collections, and now the Dorothy Hood papers and archives.

Deborah has been supporting Dorothy Hood’s work since 2013 when she and her husband Bill became early sponsors of the pending Dorothy Hood exhibit at the Art Museum of South Texas (AMST). Thereafter, as a patron of Hood and the museum, Deborah attained a large complimentary booth at the 2015 Houston Fine Arts Fair for the AMST to reintroduce Dorothy Hood’s work to the Houston community for their pending exhibition. The following year, Deborah Colton Gallery featured Hood’s work at their Houston Fine Arts Fair booth and then in their solo exhibition of Hood’s works, which was the first solo exhibition of Hood’s work since the 1990s. This all supported the AMST with the promotion of their The Color of Being/El Color del Ser: Dorothy Hood 1918 to 2000 exhibition, including Deborah hosting the Museum’s Donors and Lenders Houston Reception at Deborah Colton Gallery in March 2016, prior to the opening.

Deborah, who is a long-term believer in Hood’s work and vision, felt strongly that her papers and journals should come back to Houston and be housed at the University of Houston. She approached the director of AMST Joe Schenk (now retired) about this during one of her trips to Corpus Christi in 2016 when she was helping with various aspects of promotion for their Hood show and after she generously agreed to be a member of the UH Libraries Campaign Committee and Dean’s Cabinet member supporting the Performing and Visual Arts Research Collection. By May 2017 Joe Schenk agreed to visit UH Special Collections’ archives, after which Deborah hosted a dinner for other Hood patrons and supporters.

It was a long journey of bringing the archives to the University and Deborah stayed involved, advising the Libraries until the Hood archives and journals were delivered to the University of Houston. Thanks to Deborah’s commitment to Hood and our other important Houston artists, our Performing and Visual Arts Research Collection continues to grow.

Deborah continues to support Dorothy Hood’s work locally, nationally and internationally, and will be featuring Hood’s works in a major exhibition overseas in the coming year. We look forward to welcoming scholars who want to work with the Dorothy Hood Archives. We thank Deborah for her long-term commitment to making Houston an arts destination and for her belief and support of our UH Libraries mission and vision.

Deborah’s advocacy for Houston as an arts destination and of our desire to preserve and make accessible the archives of artists and art leaders is inspiring and I am so grateful for Deborah Colton and Deborah Colton Gallery for their leadership, guidance, and support. 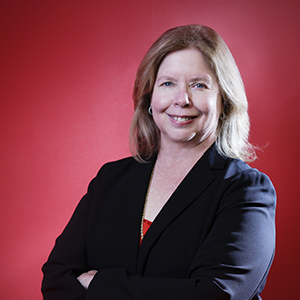